This time the kiss was longer, her participation more pronounced as it flawlessly merged into, first a second, then a third kiss, their lips brushing together, their tongues interlocking.

If Kellie had given Gina the chance to answer the question, she might've been pleasantly surprised by the answer. A few months before her college graduation, Gina had attended a party at one of the Fraternities with her roommate, Emily, a redheaded farm girl from the Midwest. As the night progressed, and more alcohol was consumed, Karl Weiler, one of the more obnoxious Frat brothers, began, as he often did at these parties, trying to convince some of the female guests to put on a little kissing demonstration with each other. Most of them laughed in his face, and the two that didn't traded kisses so chaste that they might as well have been between maiden aunts.

Although he should've known better, he even approached Gina and Emily, the former having a well-known reputation for suffering fools badly. To his surprise, Gina responded to the suggestion in a quite positive manner -- at least initially.

But then said, "Of course, I think that it's only fair that you and one of the other brothers first put on a demonstration of your own, just so there's no misunderstanding about what you're looking for. After all, I wouldn't want you to be disappointed."

"We can't do that," Karl quickly replied, shocked at even the suggestion.

"Why not?" Gina asked, her voice calm and sincere.

"Because ... because ...," Karl stammered, but found himself unable to articulate a good reason why.

"Well, when you find a good reason, let me know," Gina smiled.

With that, Gina had simply taken Emily by the arm and walked away, quite pleased with herself at having put the matter to rest, or so she thought.

"Have you ever seen anything so funny as Karl trying to explain why it was okay for two girls to kiss, but not two guys?" Gina asked Emily later when they were back in their dorm. "His face got so red that I thought he was going to stroke out."

"Actually," Emily replied, her voice almost too low to hear, "I thought it might've been interesting."

"What?" Gina said, not sure she had heard her correctly. "Do you mean watching two guys kiss?"

"No, kissing another girl," Emily clarified, her voice now a little louder.

"Really?" Gina replied, neither possibility being one she expected from the small-town girl.

Then again, it wasn't like the redhead was a virgin or anything like that, and sexual curiosity was hardly limited to big cities. In fact, even if she had never made any attempt to explore it herself, Gina had to admit that there had been times when she had wondered about kissing another girl.

Soft, that was the first word that came to mind as Gina felt Emily's lips press against her own. Warm and wet quickly followed as she felt the older girl's tongue slide past her lips, quickly reaching out with her own to meet it. The kiss seemed to last a long time, but in reality, only a few seconds actually passed. It was, however, followed by a second one, and then a third, so it was understandable that looking back, it might have been hard to later judge its length.

In fact, time itself soon lost its meaning as they began to actively make out, and when Gina felt Emily's hand come to rest against her breast, she made no objection. In fact, she encouraged her to go even further by cupping one of the redhead's, squeezing it softly. It wasn't until she felt her roommate's other hand slip under her skirt and brush against her panties that she began to worry that perhaps they were going a bit too far and suggested that maybe they should call it a night.

The next morning, Gina regretted having lost her nerve and tried to talk to Emily about it. But the now sober farm girl no longer seemed interested in pursuing the matter, even suggesting that they just forget it ever happened. School was over a few weeks later and she never saw Emily again.

The brief memory abruptly faded as again, feeling no resistance from the young woman in her arms, Kellie slipped her hand past the waistband of Gina's pajamas, brushing her fingers slowly against the folds of her sex.

"How does that feel?" Kellie asked as she continued.

"It feels good," Gina replied, her eyes closed as she concentrated on the small concentric circles of delight radiating outward.

"Do you want me to stop?" Kellie asked, her index finger pressing further into Gina as she stroked the sensitive walls within.

"Absolutely not," Gina gasped as she surrendered herself to Kellie's touch.

Kellie kissed Gina on her neck, working her way back up to her mouth where they again shared a deep intimacy. At the same time, she used her other hand to undo the center buttons of the light blue top, slipping it inside, there to first caress, then cup her breast. 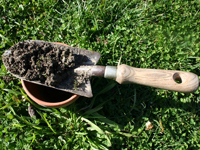